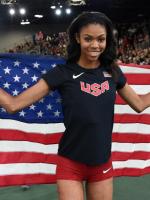 Sort By:
Filter By:

To see all performances, subscribe to start your free seven day trial

Play
Vashti Cunningham after qualifying to the HJ finals

The Top 100 Senior Jumpers of the Last Decade...
See which jumpers have leaped to the top of the charts during their senior year of high school....

A Look Back At Recent U20s Who Have Turned Pro...
We've taken a look back at all the recent high school athletes -- and first year collegians -- to turn pro over the past few seasons....

The Girls High Jump Is About To Get Scary Good...
We're coming off a banner year for the high jump indoors for girls. ...

The B-Side: NBNI Was March Madness On The Track!...
The Illinois contingent quickly found out that NBNI established itself as the best of the best, even with the emerging elite...